Ben Eastham is editor-in-chief of e-flux Criticism and co-founder of The White Review. His second book, The Imaginary Museum, was published in September 2020.

He is the editor of books including The White Review Anthology (Fitzcarraldo, 2017), Before or After, at the Same Time (Hauser & Wirth, 2019), and Luis Camnitzer: One Number Is Worth One Word (Sternberg/e-flux, 2020).

His writing has been published in ArtReview, frieze, the London Review of Books, the New York Times, Mousse, the Times Literary Supplement, Fantastic Man, Acne Paper and the Financial Times, among other publications. He has written catalogue essays for artists including Ed Ruscha, Camille Henrot, Kati Heck and Monir Farmanfarmaian.

He was previously editor at ArtReview and associate editor at documenta 14. He holds a first-class degree from Trinity College, Dublin, where he was elected a scholar and awarded the John Henry Bernard Prize in Philosophy.

He is represented by Anna Webber at United Agents. 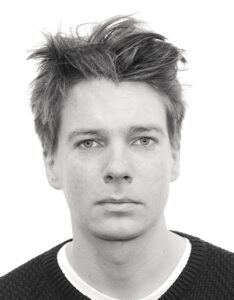